Howdy! My name is J.D. Tierney, and I’ve been working as the Music Services Intern here at PlayNetwork for the past three months. To celebrate my conscription into the workforce, I thought I’d make a playlist of new music exclusively from artists about my age who are likewise beginning to embark on their musical careers. All the songs on this playlist are made by, or feature prominently, artists who are “Gen Z,” or “iGen,” or whatever the term is this week. That means they were born in year 1995 or later. For reference, I was born in 1997.

The playlist is a Smörgåsbord of hip-hop, RnB, lo-fi pop, electronic, and indie rock. Come to think of it, most of the songs here will have two or three styles of those evident in its DNA. Below I’ve written about three songs I feel are particularly noteworthy. I hope you enjoy.

Litany is a duo of 23-year-olds from Leeds, England whose brand of pop defies easy categorization as rock or RnB rooted. Their production is always uber-clean, and they have a knack for making their instrumentation feel classic and contemporary at the same time. The latter works well in refining their songwriting, which conjures nostalgia for not-so-antique novelties, like MSN and flip phones. “My Dude” is their latest release.

Faye Webster is 21-year-old singer songwriter from Atlanta that came to prominence through affiliation with her hometown’s Awful Records clique. Awful Records was an exclusively hip-hop group before Ms. Webster — its most famous alum is Playboi Carti, who I worship. She’s a folk artist whose music shares a lot of the melancholy confessional tendencies of today’s chart-topping crooners like The Weeknd and Drake, and the dissonant poppiness of songwriters like Toro y Moi. Only imagine if those artists grew up with more Gordon Lightfoot and Waylon Jennings in their lives. “Pigeons” is track 4 from her album Atlanta Millionaires Club, which came out in May.

Rezz is basically the hottest name in bass music, and if you’re reading this blog soon after it’s published, she just headlined Bumbershoot in Seattle on Sunday, Sept. 1st. She’s 24, from Niagara Falls (the Canada side), and she’s been releasing projects under both Skrillex and Deadmau5’s labels for a hot second. She’s often compared to Gestaffelstein for the dark techno influence audible in most of her songs. Oh, and her goggles are sick. “Kiss of Death” is a track from her Beyond the Senses EP, which was released a month ago.

Hey, my name is Spencer Manio, Sr Music Supervisor at PlayNetwork. I listen to all kinds of music for work ...

Hi, I’m Alex Ruder. I’ve been a Music Supervisor at PlayNetwork for nearly 6 years now, and outside of Play... 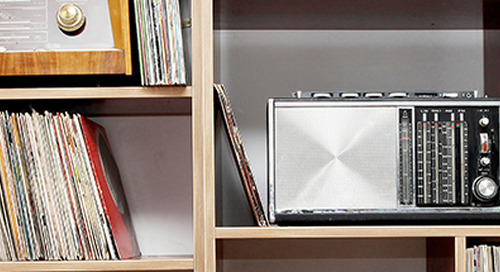